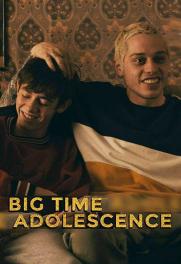 Shortly after finishing Big Time Adolescence (2020), a friend and I argued for 20 minutes about Pete Davidson’s character.  Davidson plays Zeke Presanti, a good-natured, largely self-serving 20-something druggie who mentors an insecure 16-year-old as a means of reliving high school. The film acts as a cautionary tale: multiple characters articulate the pitfalls of Zeke’s lifestyle. Zeke clings to the past like a tattooed version of Jay Gatsby—with a beer-stained house instead of a mansion and Mo, Zeke’s teen protégé, instead of a green light.

Polar may technically be an adaptation of a comic, but Polar is stylistically the child of gratuitously violent movies of the early 2000s. Gaudy, polished visuals and blunt narratives that rely on the idea that moviegoers find violence cathartic. For me, Kick-Ass 2 is the quintessential pop violent blockbuster flop. It attempted to one-up its predecessor simply by offering more profanity, more violence, and more Christopher Mintz-Plasse (who, at the time, was still popular). . . . Even without being a sequel, Polar has all the trappings of a film that is trying hard to one-up its rivals by offering more.

The melancholic existentialism of the film’s opening montage plagues everyone. Even Lois Lane, an award-winning reporter for the Daily Planet, resigns herself to writing meaningless articles, thus shunning productivity and purpose. Why work hard to change a world that (suddenly) seems so fundamentally flawed? This is the psychological state of Justice League‘s world. The global existential crisis that was sparked by the loss of Superman permeates the psyches of those in Gotham, Metropolis, and elsewhere. . . . Life is more complex and frightening without tunnel-visioned hero-worship.

Batman v Superman is about connection, not schism. Zack Snyder’s movie is as much about the interconnectivity of humankind (which, in this context, includes Clark Kent) as it is about the seemingly irreconcilable differences between the edgy Dark Knight of Gotham and the somewhat naive superpowered alien from Krypton. As the film stylistically notes, both heroes have experienced loss, and both heroes have allowed those past losses to influence (or even dictate) their actions. . . . loss of innocence fuels righteous aggression. 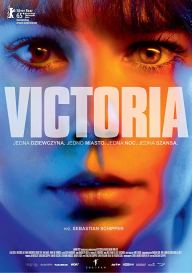 Like a dark, more visceral version of Whit Stillman’s The Last Days of Disco, Victoria’s story questions the necessity of maturity. Though, as a character, Victoria has strength and courage, she possesses a sort of self-aware naïveté, a seemingly conscious willingness to allow the forces around her to guide her actions. The fact that this film is a single continuous take enhances the idea that Victoria’s life is one steady stream of pressures and obligations—she never has a moment to reflect. In this way, Victoria is more relatable than many films: there are no cuts, no blackouts, no second attempts. 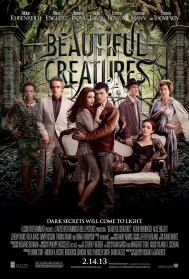 The film is nuanced enough that it doesn’t further dichotomize the silly intellectualism-versus-religion discussion; instead, it offers viewers the opportunity to watch various possible reactions to ignorance. These case studies come in the form of Castors. Some Castors are good, and others are evil. But all Castors seem to lament the narrow-mindedness of other mortals. The evil ones choose to fight back, to rule the morons. The good ones choose to love the mortals, despite their flaws. In the end, the film decides to abandon the polarization altogether: “There’s a new world mama. . .”